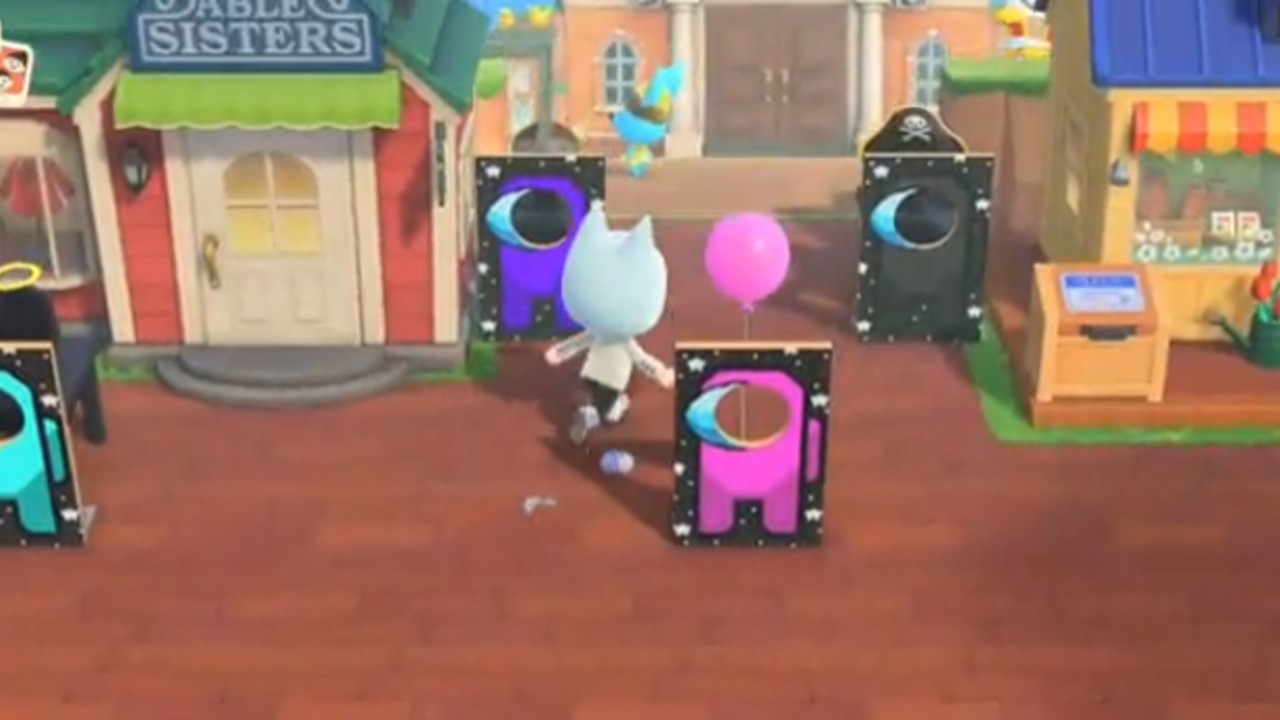 Of all the maps in Among Us, including the newly-released Airship, the most beloved (or infamous) is Skeld. We’ve seen Skeld remade in Minecraft already, and tiny model builder Simon of ClayClaim has even created a version made of clay and cardboard.

Any Among Us fans? I built the Skeld out on my island. Shields, Reactor, and Engines are just “eh,” but I’m really pleased with the rest. My favourite is the discussion area. 😂 from
AnimalCrossing

But the fame of Among Us has even made it all the way to deserted islands in the middle of nowhere, as Reddit user sillyruckus has made the Skeld map on their Animal Crossing: New Horizons island.

The very first thing you’ll see on entering the island is a bunch of Among Us standees based on the lil bean characters, and they’ve even got hats to match the ones in game. On the ground just above the beans is a sign that says “was the impostor”, and all you have to do is stand over it and pose – and just like that, you’ve been ejected into space. RIP.

Past the beans and the impostor is the Skeld map, recreated with props, furniture, floor patterns, and clever landscaping to create the long, spooky corridors we all know and love. There’s even a really smart idea: replacing the vents with the Warp Pipes from the free Super Mario update, so they’re actually functional.

However. You can’t murder people in Animal Crossing: New Horizons, as much as you might want to, so a full game of Among Us is… probably not entirely possible. Maybe if you replaced “murder” with “hitting each other with bug nets”? This idea may need some extra workshopping.

Unfortunately, although the creator posted the Dream Address on Reddit (DA-5648-9931-8461), the island has been removed by Nintendo for “inappropriate and/or harmful content”, which means that somebody reported it. This is why we can’t have nice things!

There are a lot of smart and creative ideas in the map – like using portapotties for the engines, and a closed engagement ring box as the Big Red Button – and we’d love to hear if you spotted (and appreciated) any details yourself. Let us know in the comments!

DC Universe Online Episodes Will be Free for All, PS5 Port May Not Release This Year
Save on some great Switch games at Amazon US today, including Mario and Xenoblade
What’s your comfort game when you’re sick?
Immortals Fenyx Rising’s 1.3.1 Update Has Landed – Here Are The Full Patch Notes
Random: Video Game Companies Seem To Be Loving The Removal Of Twitter Crop