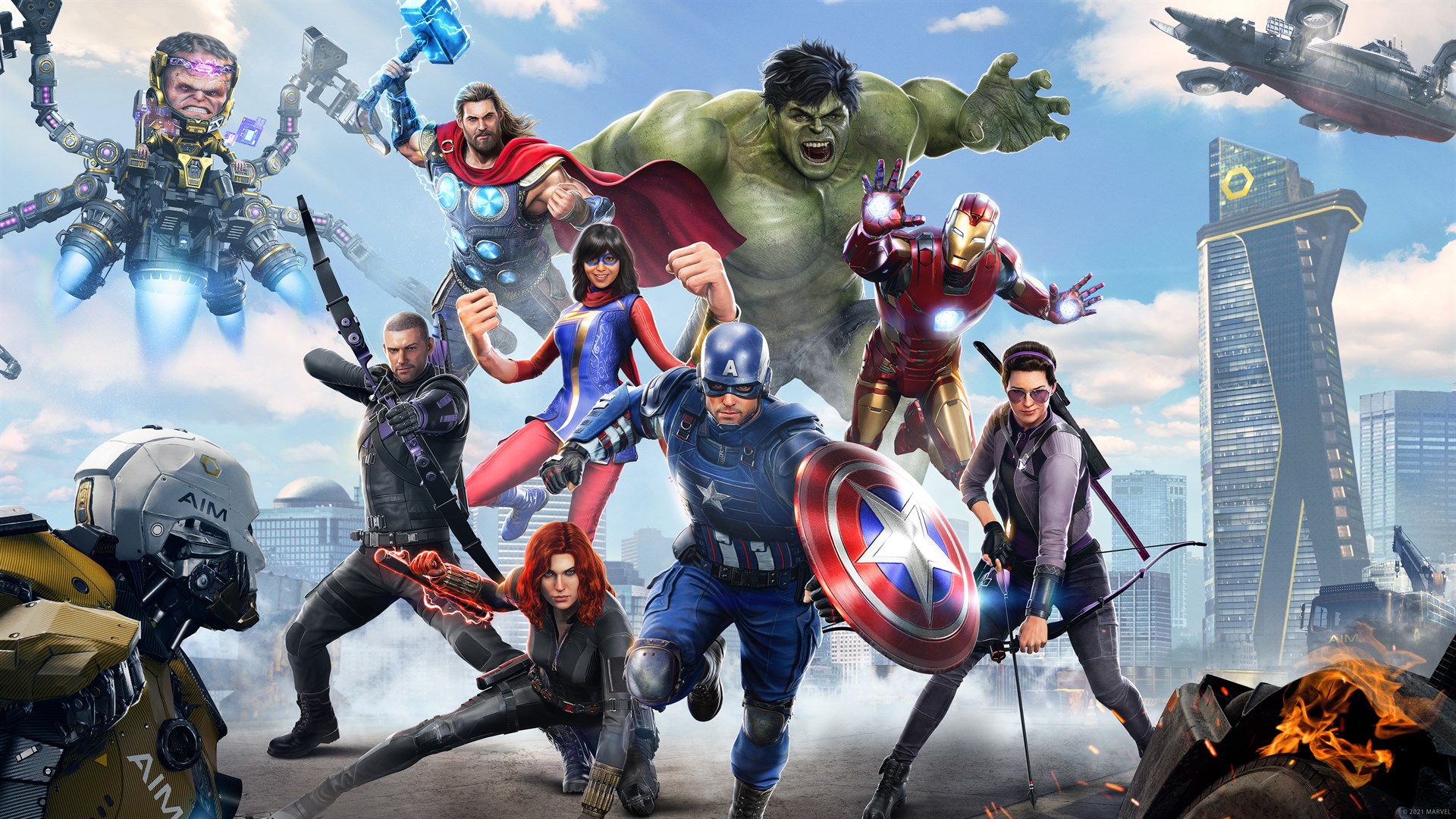 It’s not just the chance to take in a great story nor to bring together and assemble some of the mightiest warriors known to man. Nope, a large part of Marvel’s Avengers’ draw is in the customisation and power embracing that it allows. To do that, you need credits and cosmetics – two things that are front and centre with the latest slew of new Marvel’s Avengers DLC packs that have hit the market.

Available to purchase, download and add into Marvel’s Avengers right now are no less than 10 new downloadable content options, with each bringing something slightly different to the market. Yeah, so they all focus their efforts on the deliverance of in-game credits, letting you purchase a host of skins and wotnot, but they also provide access to a multitude of different cosmetic offerings too – with pretty much something for everyone available, no matter what their tastes.

Now as you can see, the options available today come in the form of the £3.99 Starter Packs, or the £7.99 Incredible Packs. What you are mostly looking at here is that the Starter Packs will provide access to 500 Credits along with a new Outfit, Emote and Nameplate depending on the Avenger you decide to join forces with.

The Incredible Packs meanwhile build on that, dropping in no less than 1050 in-game Credits plus a couple of Outfits, 2 Emotes and a doubling up on the Nameplates. How much you decide to pump in to Marvel’s Avengers in sheer cash terms is pretty much up to you and your love for the Avengers themselves, but it’s pretty safe to say that each of the new DLC packs is able to allow you the opportunity to assemble the Avengers like never before.

You’ll need the base game to hand, obviously, but from there the Xbox Store is able to drop in the access you need. Remember, the game is available on both Xbox One and fully optimised on Xbox Series X|S along with PS4, PS5, PC and Google Stadia.

Let us know in the comments which new Incredible or Starter Pack you decide to grab.

De-Exit is about a voxel skeleton investigating spooky goo in the afterlife
Next Week on Xbox: September 20 to 24
Lost Judgment Review
Victoria III details its approach to slavery in new dev diary
Legend of the Kestrel Lancers Expansion Coming to MechWarrior 5: Mercenaries on September 23