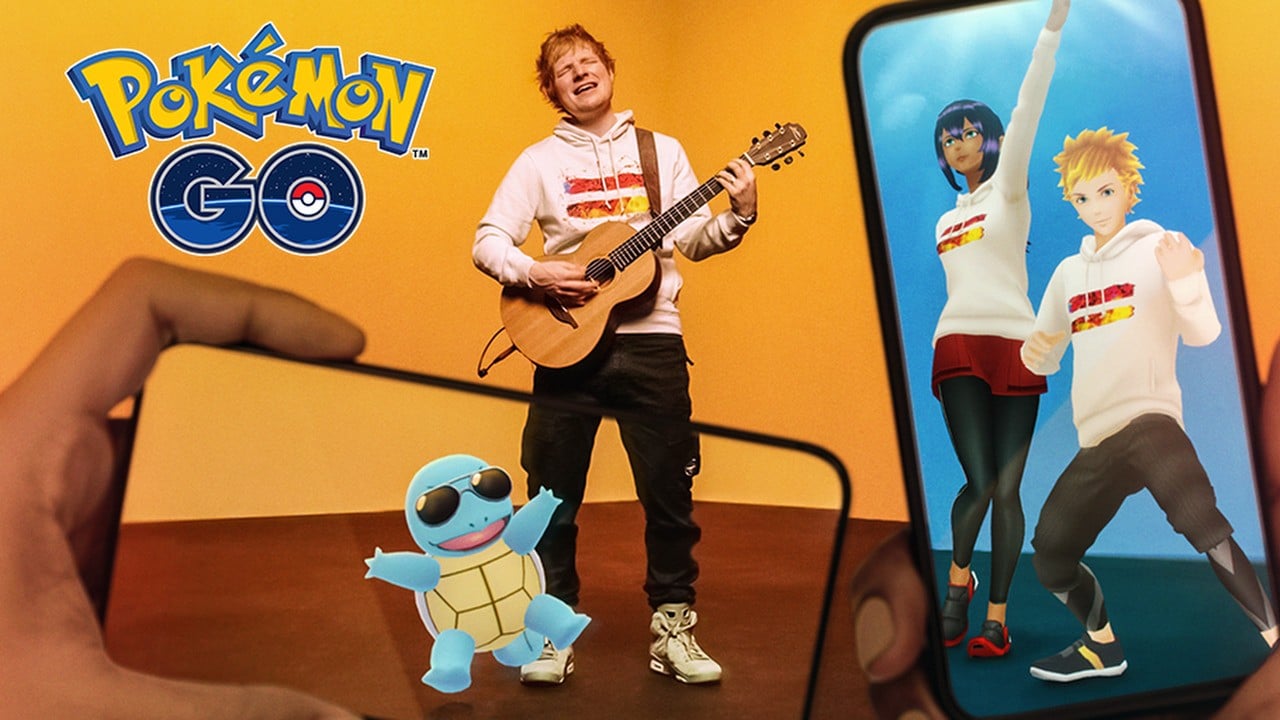 Update 2: Well, so much for the collab being an in-game concert. It turns out that the performance is actually just a link to a YouTube video, which you can check out above!

Update: Niantic has now lifted the lid on Pokémon GO’s Ed Sheeran collaboration, revealing that it’ll include an in-game concert and more.

The performance will be available in Pokémon GO’s ‘News’ section starting from Monday 22nd November at 11am PST. Ed will perform several songs from his new ‘=’ album and more:

Also, all Water-type Starter Pokémon currently in the game will appear between 22nd and 30th November (apparently Ed always chooses Water starters himself). Full details on the event can be found here.

Original Article (Tue 16th Nov, 2021 16:45 GMT): Today’s Brilliant Diamond and Shining Pearl event is one thing, but it looks like Pokémon GO has something even bigger up its sleeve.

Chart-dominating singer-songwriter sensation Ed Sheeran has teased an upcoming collaboration with The Pokémon Company and Niantic’s monster-catching mobile hit, sharing a new image on social media along with a #PokemonGOxEdSheeran hashtag.

No further details on the project have been revealed this far, but we imagine fans of both Sheeran and the game are pretty intrigued to see what’s coming.

If you’re wanting to feel even more hype, the official Pokémon UK Twitter account has given the tease the old googley eyes…

We’ll keep an eye out for further developments on this and make sure to update you when the collaboration is properly revealed.

Until then, let us know what you think it will be in the comments. Will Ed appear in-game? Will there be a Pikachu in an Ed Sheeran face mask? Time will tell.